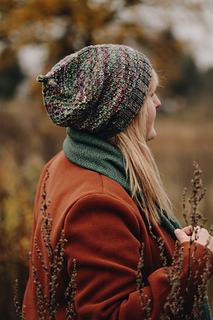 Posted by eleanor@knittinginflipflops at 2:06 PM No comments:

We've had a few inquiries expressing confusion about getting started with the shoulder lace in Justyna Lorkowska's Este top.  It is important to remember that the instruction row numbers are independent of the chart row numbers:  You always work the chart rows consecutively (1 to 8, then repeat 1 to 8) even when you're repeating Rows 3-6 or Rows 3-4 of the instructions.  Also, you work the same chart row twice in each row - the same chart row for both shoulders, so they are identical.

Here is a chart to help you track your rows in the first section, up to the joining round: 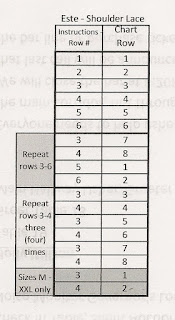 Turn that frown (or sock) upside down

As I prepare to post here for the first time in months, I'm horrified to find that the socks I'm blogging about I very fittingly dubbed "Spring Socks" - they feature a flowery lace design and I used a springy colorway of Malabrigo Sock and I remember hurriedly completing the first one in order to teach a class last April.
And I was feeling tickled that I'm finally in the homestretch of completing the pair...until I realized that it's autumn now.  Sigh. 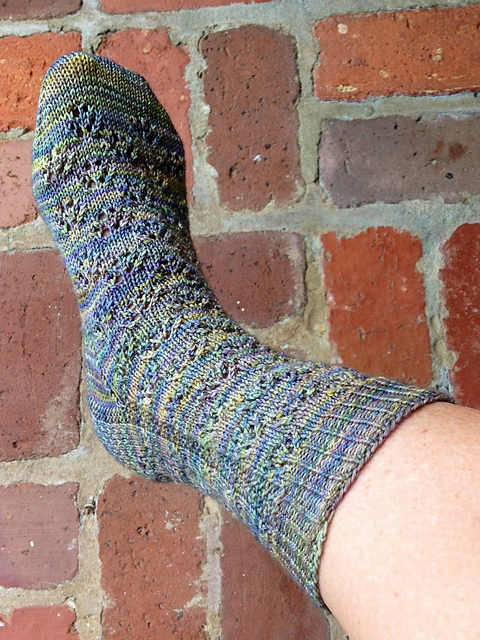 The first one did spend some months as a loner until I pulled the pattern back out, determined to work up the mate for sock club at the Knitty Gritty.  However, a couple months went by without any real progress beyond the cuff and a couple rows of the pattern stitch, which for some reason (probably my lack of attention) just was not coming easily.

But last month I was teaching Judy's Magic Cast On at sock club, encouraging the participants to try toe-up socks, and I ripped out what little I had of my Spring Sock #2 in order to use the yarn and needles for the lesson. Then I realized something:  I really don't care for cuff-down socks.  There I've said it.  Me, the guru of the Who Knits Socks in Florida? club.  Can't stand them. I always have trouble casting on, I always have a struggle joining in the round on two circulars because I always forget how, and once I finally accomplish that I'm faced with and inch or more of boring ribbing until I get to anything remotely entertaining.
So I kept going with my cast-on example and began working the Field of Flower mate from the toe-up, opposite of how the pattern is written.  And here I am zipping along, having a grand time, and almost finished, just in time for sock weather, if there is such a thing here, which there isn't. 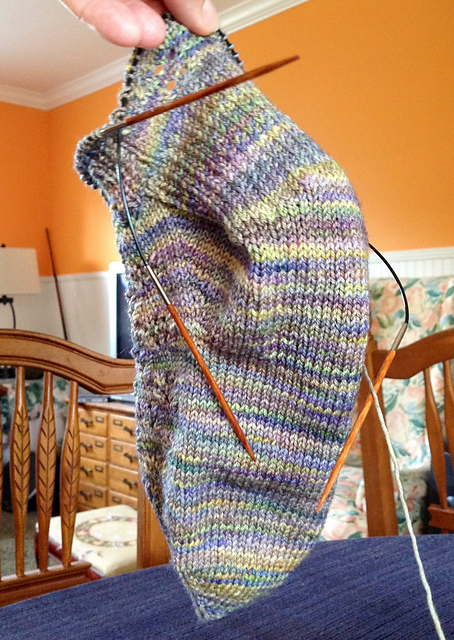 I worked the pattern stitch rows in reverse order on top of the foot, then referred to Wendy Johnson's Socks from the Toe Up to work the heel construction that most closely resembles the flap and gusset on #1 sock (which I barely remember).  Now I've rejoined the leg, memorized the pattern stitch and am literally working circles around this thing.  Surely 18 rounds of ribbing won't be as boring when the result is a complete sock, rather than just a cuff.
Granted, my progress was aided this past week by several hours on planes plus a lengthy delay.  But by the end of sock club tomorrow I'll be nearing the finish line.  Hooray!  I won't have to change my project name to singular "Spring Sock" after all.
The socks might not be exactly identical - sock #1 is a shop sample so I had only my Ravelry photos to refer to - but they'll be close enough.  Let's face it, they're socks for heaven's sake.  And this is Florida.  Who knits socks in Florida?
Posted by eleanor@knittinginflipflops at 1:15 PM No comments:

Last Friday my daughter took her driving test (she passed - watch out), and as I waited for her I sat and knitted.  This is what is currently at the top of my priority list, and it is perhaps the most mobile project ever: 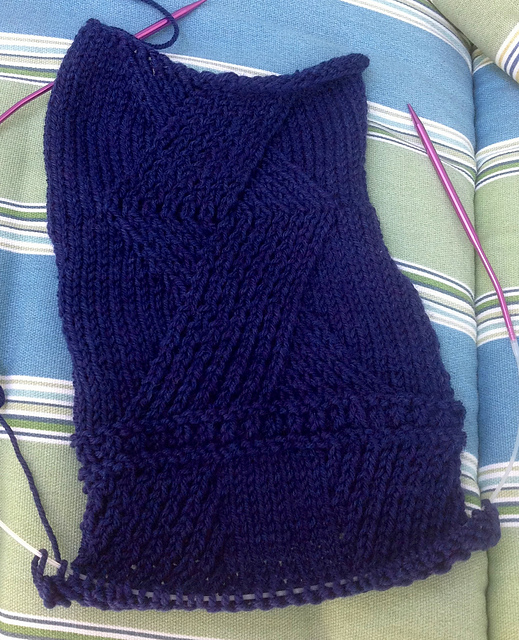 It's Retro by Norah Gaughan, a blanket worked in five panels with a design so easy to memorize I don't even need to carry around the pattern.  Fits perfectly into my purse or beach bag, and because you only work one strip at a time, it's not too hot for summer knitting.  By mid-September or sooner, this will become my son's college afghan.  Yes, it's washable.

While I worked and waited to see how many cones my daughter knocked over, I realized that two years ago I sat in the same office and knitted while I waited for my son to take his driver's test.  Immediately I was able to bring to mind the project I was working on then - my first pair of socks: 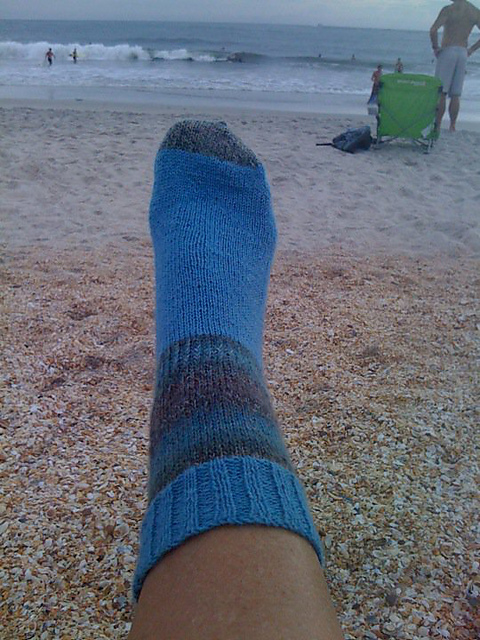 Can't remember what I had for dinner the other night, but I can remember what I was knitting two years ago.  Wonder what project I'll have with me three years from now when my youngest will be ready for his test?
Posted by eleanor@knittinginflipflops at 4:09 PM No comments:

One day late - not bad for the week we had.  Thanking God for a blessed time with family and friends on the occasion of my eldest child's high school graduation - can't resist a photo:

I hadn't planned on posting that photo here, but now that I have I am struck by how it illustrates the passage I'm SOAPing today.  Irony?  Coincidence?  God.

Scripture: "Only let us live up to what we have already attained." Phil 3:16, NIV

Observation: "What we have already attained" refers here to righteousness in Christ Jesus, and this exhortation speaks not of striving to attain salvation, but rather living in a way that expresses gratitude and a faithful witness, serving as an example.

Application:  Having received the diploma and participated in the ceremony pictured above, if my son were now to flop down and become a slothful couch potato, not seeking to further his education, employ his talents, and multiply the gifts he's been given, he'd be wasting that which he's attained, backsliding into mediocrity and setting a lousy example for the value of a high school education.  How much more so, then, must we who understand and have accepted the ultimate gift of righteousness through Christ strive to live in such a way that we are not a stopping point for God's grace and mercy, but rather a conduit for it.  This is not to be confused with striving to achieve salvation, which is a, perhaps the, pervasive lie in the world today.  Just last night I overheard on TV the perpetuation of the misconception that if you're good you'll go to heaven, and if you're bad you won't.  Paul reminds us in this chapter that we are powerless on our own to achieve salvation.  Good works are useless for this purpose.  But deeds are how we live out our faith and allow God to work through us for the advancement of his kingdom.  If I say, "I'm saved so there's nothing more I need to do," I am quenching the very Spirit of God in me.

Prayer:  Father God, fill me with gratitude, willingness, energy and awareness to do the work you have given me to do, giving you the glory and providing a valuable witness for the righteousness you so graciously bestow through your son Jesus Christ.  Amen.
Posted by eleanor@knittinginflipflops at 10:51 AM No comments:

It's 8:00 am, two kids are at school taking exams while #1 son is at graduation rehearsal.  I must say I'm intrigued by the latter, wondering how you get 650 seniors to show up at 7:30 am and accomplish anything inside the space of one hour.  The idea of lining them up in alphabetical order overwhelms me, although my high school class was even bigger, so I guess it can be done.
Tomorrow five out-of-towners will arrive for the long weekend, followed by six more on Friday, followed by graduation at 8:00 am Saturday morning, followed by a party at my house Saturday afternoon.  I have all day today to clean house and get ready....the perfect time to update my blog, don't you think?
And it just happens to be Wednesday, so let's take a look at my WIPs.
Florence 2R's and Amish Coffee are still lurking around somewhere, untouched in months.

I finally got started on the mate to this lonely sock, but it won't get much attention outside of sock club a couple times a month - no hurry, no worry.
This unidentifiable blob will someday be a felted footstool cover for the threadbare so-called Dixon family heirloom on which it sits.  I started it a couple weeks ago during the first of several pre-party tizzies, but it's not looking good for this weekend.  So much for impressions.
But the WIP that's stealing all my attention is my Stonecutter for Gen:
I hereby pledge to finish this Roxy-esque creation before we board the plane for California three weeks from today.  There, I've said it.  Now I hafta.
Posted by eleanor@knittinginflipflops at 8:40 AM No comments:

A lot of very familiar sound bites here, which can easily become dogmatic commands sure to cause failure if not read in context and lived out by the power of the Holy Spirit.  This chapter can be overwhelming as Paul admonishes us to imitate Christ in His humility...and put others first....and don't grumble... it's almost a relief when he moves on to talk about Timothy and Epaphroditus - as if just when I can't take any more conviction, he eases the pressure by changing the subject.  Here's my takeaway for the week:

Scripture:  Do everything without grumbling or arguing,  so that you may become blameless and pure, “children of God without fault in a warped and crooked generation.” Then you will shine among them like stars in the sky... (Phil 2:14-15)
Observation:  Our attitude is a powerful witness, something that makes us distinct and enables us to bring the light of Christ to the world.
Application:  Often, if not only, it is in the home where I am most guilty of grumbling and arguing.  I can  morph from servant to martyr at the drop of a hat, or at least a wet towel, and things can quickly get ugly.  What kind of message is this sending my family?  Only by tapping into Christ and following his example of humility - not servant-doormat as this world would have you think, but servant-leader - can I hope to move from being ruled by emotions and expectations to being ruled by the Spirit.
Prayer:  Heavenly Father, I confess I am powerless to "do everything without grumbling or arguing" without leaning in to you for grace and patience.  Cause me to cling to you, remembering the true humility of Jesus, to pray before speaking, and to serve in a manner that glorifies you and shines your light to others.  Amen.
Posted by eleanor@knittinginflipflops at 9:00 AM 2 comments: 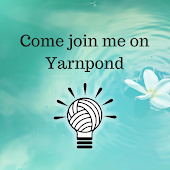 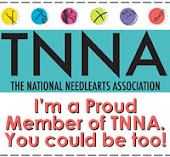